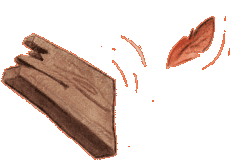 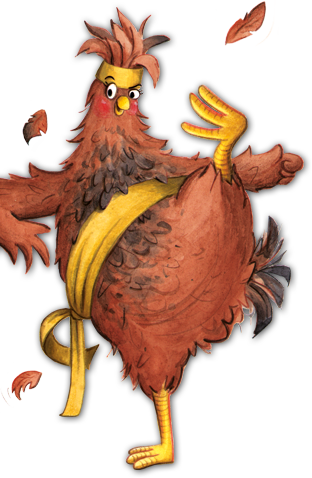 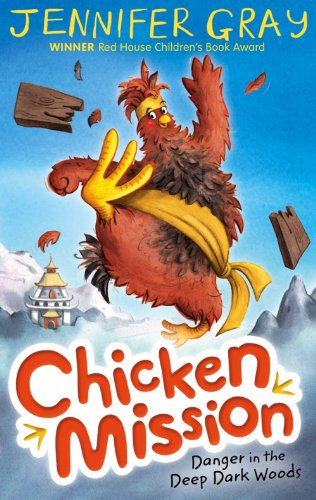 Young chicken Amy Cluckbucket dreams of escaping from Perrin’s farm to a life of chicken adventure. One day Amy receives a summons to the Kung Foo School for Poultry in Tibet where she learns she is to become part of an elite chicken squad whose mission is to defeat their evil predators. It sounds like a dream come true for Amy especially when she meets cool fellow squad members Boo and Ruth.

The chickens travel to Chicken HQ to meet their mentor, Professor Rooster but when their first mission flops it is Amy who persuades the others that they should stick together to restore Professor Rooster’s faith in them.

Through a series of egg-citing adventures and hilarious mishaps the three young chickens learn the value of friendship and teamwork. But will they be ready for their biggest mission so far – to save the chicks of Dudley Manor Coop from the jaws of their mortal enemy, Thaddeus E Fox?

Reviews of Chicken Mission: Danger in the Deep Dark Woods

"I liked the book a lot, love the Ninja chickens!"

"The Pigeon Poo Gang made me laugh, especially when they poo on everyone. This bit is really rude!'"

"There's laughs, excitement and kick-ass chickens all the way through this book, making it a must-read for anyone who enjoyed Gray's previous Atticus Claw and Guinea Pigs Online series. Or just anyone who likes a good children's book!"